RMNP has been on our radar ever since the moment we left back in 2002.  We held onto the fond memories all these years and couldn't wait to get back this time, since we were only about 35 minutes from the Este Park entrance.


Here's one of our first memories Jerry likes to shares:

We arrived at RMNP mid-evening and was looking for a place to camp, so I was looking at the map and said; lets go to Este Park (after all it showed camping on the map).  He chuckled and said that's a town, it doesn't have camping. However I insisted the map showed camping, so up the pass we go...twisting and turning our way up... continuing onto Este Park as we just passed a campground.  By the time we got on top of the pass it was DARK and WHITE OUT blizzard conditions...  babe do you see the road?
Finally saw something off to the left (barely), so we turned toward it, hoping we were not going over a cliff.  Making for an interesting turn of events from this point; I was already scared and have not so fond memories of driving in Texas snow/ice...much less a blizzard or being in a high mountain region.  Unable to see how to get turned around Jerry ask me to get out and direct him; and the story went something like this..

Me: You're joking, right?  I'm not getting out there!
Jerry: No, I can't see how to get turned around so I need some guidance.  Why want you get out there?
Me: I'm not getting out there a "bear" might get me!
Jerry: Laughing...There's no bears in this dam weather. I didn't see the humor, as I was frighten to death!!!!    After he finally stopped laughing...well you are going to have to get over here and drive then.
Me: You're crazy...I can't drive this big thing (29' Class C RV with jeep in tow).  I can't even see where I'm going.
Jerry: Well I can't do both!!   I don't want no bear to get you, so you have to drive.
Me: Scared, pouting, and obvious being naive to the situation I finally got in the driver seat...but fighting it the whole way (like that was going to help). Snow flying in the window and Jerry screaming orders at me, we finally managed to get turned around enough...  And it didn't take long for me to get out of that driver seat :).

Finally, we got down the pass and to a beautiful campground (happen to be the one we passed on the way up and had no snow).  Luckily they had an open spot and we stayed there the rest of the trip.  If only I wouldn't be so hardheaded sometimes - LOL!  (Wanted to share some photos of our fond memories in comparison to now, however we didn't have any digital photos..sad face).

Although The Rockies have already received some snow this year, we didn't have to deal with any of it on our trip this time - YEA! 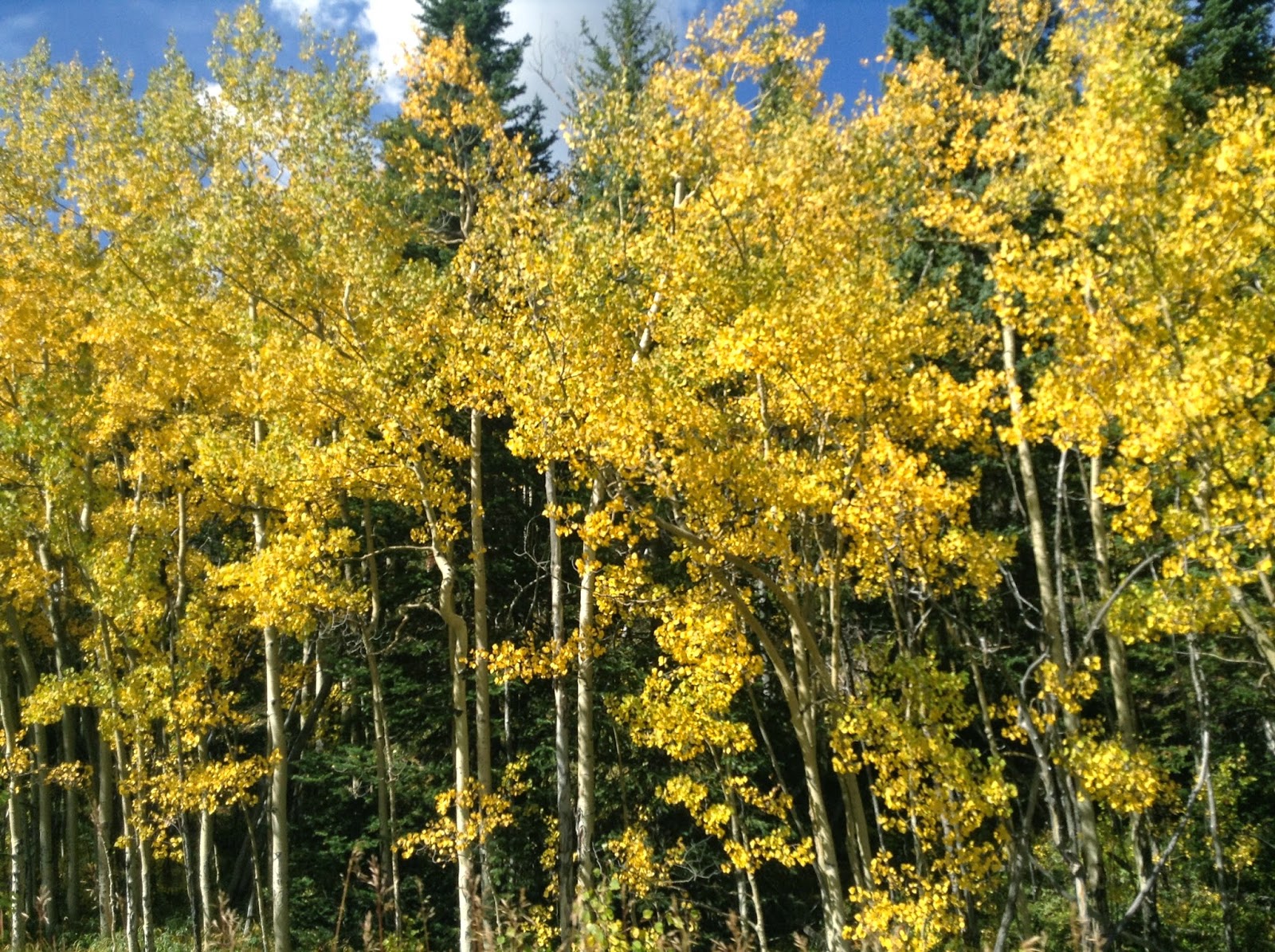 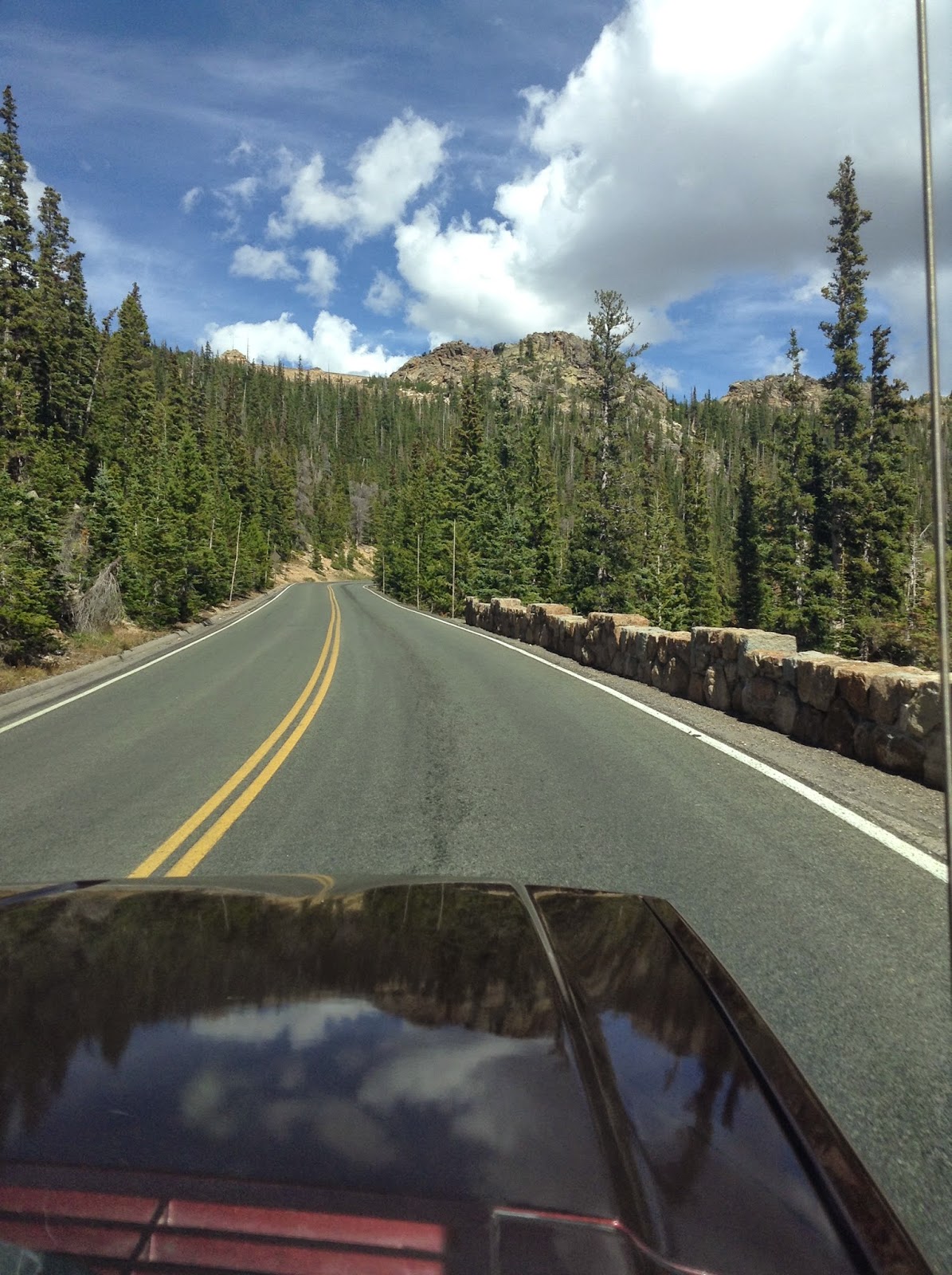 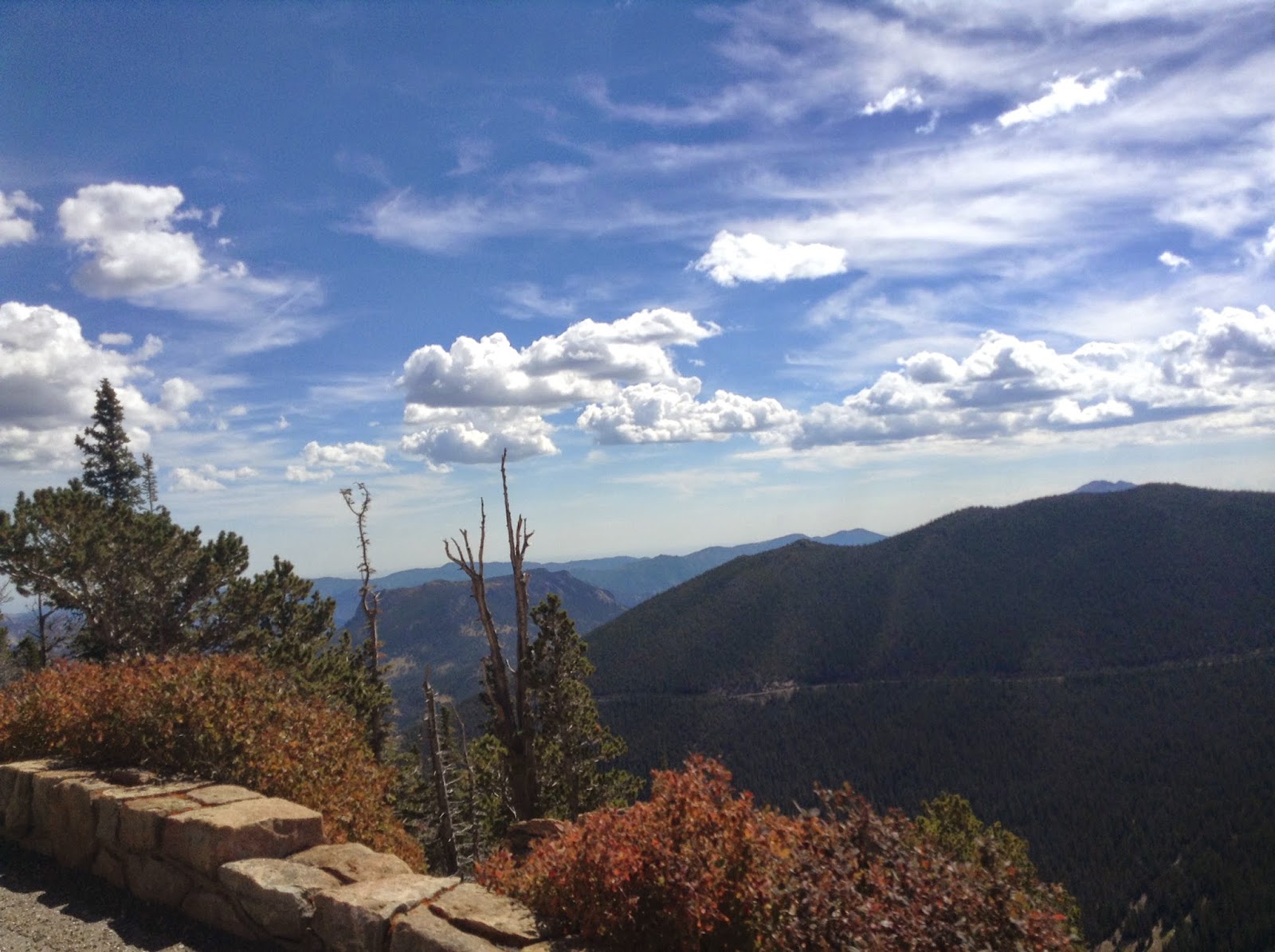 It is fall ~ a magical time in the Rockies.  The mating season or "rut" begins for the elk.  The elk of RMNP are able to retain their natural, wild state and go about their fall mating rituals IF we, as humans, don't interfere. Elk viewing is huge part of the park between September-October around 5p.m. daily and has 5 viewing areas in the park: Moraine Park, Horseshoe Par, Upper Beaver Meadows all located on the east side of the park. Then on the west side, elk can often be seen throughout the Kawuneeche Valley, especially Holzwarth Meadow and Harbison Meadow  Its amazing to learn and watch the elk it is a site to see a bull elk lifting his head and massive rack of antlers high, as he begins his stately march across the moonlit meadow.

Although still an amazing place, our fond memories turned into devastation after seeing its current conditions.  Yes it is still worth the trip, especially if you've never been, however due to the 2013 flood to the region and the mountain pine beetle disease killing off the pine trees, it's heartbreaking to see the change to this beauty.
Happy trails from behind the lens~D
Posted by Jerry and Deb at 12:58 PM