All true sons of Oklahoma must make a pilgrimage at least once in their life to a very special place.  This is not a holy site but none the less it is a place which is designated with a monument of its very own.  The site lies in the Oklahoma panhandle about 15 miles from Black Mesa campgrounds.  It is known as the highest point in Oklahoma.  Being relatively flat this would not seem a monumental feat; however I (Jerry) was lucky enough to take this journey with an older brother Buck, who at a young age of 81 was his second trip. This 8 mile hike does make you wonder at our ages if this was a prudent thing to do! Our ladies had the good sense to stay in camp under the air conditioners; we packed water and lite snacks and off we went on our adventure. 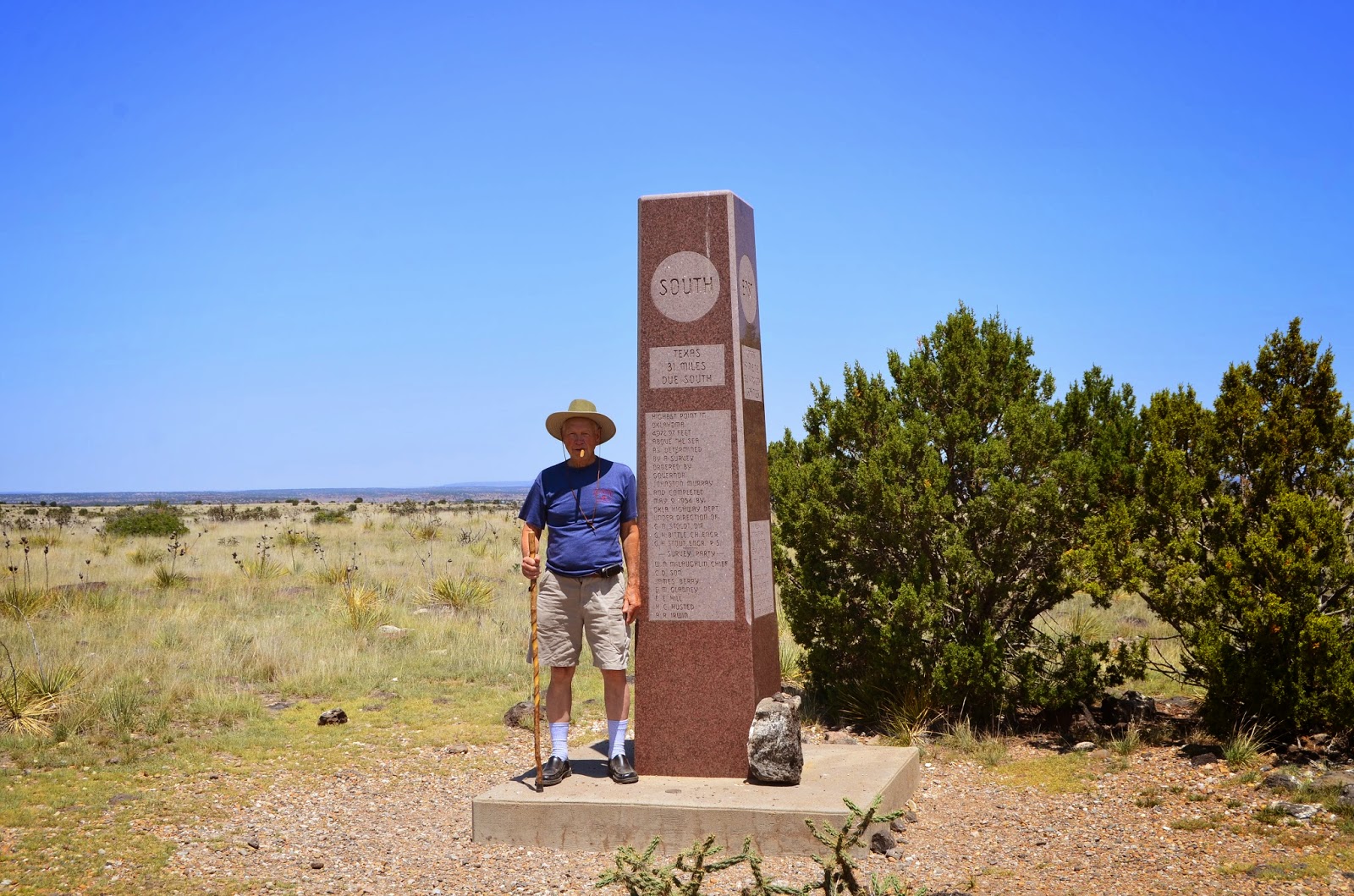 We were off on our 5 hour trek; one car in the parking lot, so we knew someone was ahead of us and would find our bodies if things went wrong.  The high plains were an incredible journey by itself; first 3 miles were mostly flat, but then the climb started to the mesa over the next 5 miles…yep, we had to remind ourselves several times reaching the top will be worth it, as the trail was getting more scenic.  Making it to the top is somewhat anticlimactic, instead of finding a new world we were essentially in a cow pasture looking for the highest point…surely this wasn’t it!  We survived to meet the couple (remember that one care in the parking lot) on their return trip so we knew we were on the right track and off in the distance we saw an objective – could that be it?  Well the signs did help somewhat pointing to the monument as we looked very close, however  I think at this point it was an optical illusion.  It seemed at first the monument was getting further away every step we took toward it, but finally we made it, took some pics and had lunch.  It was a great day to be alive and on top of Oklahoma!! 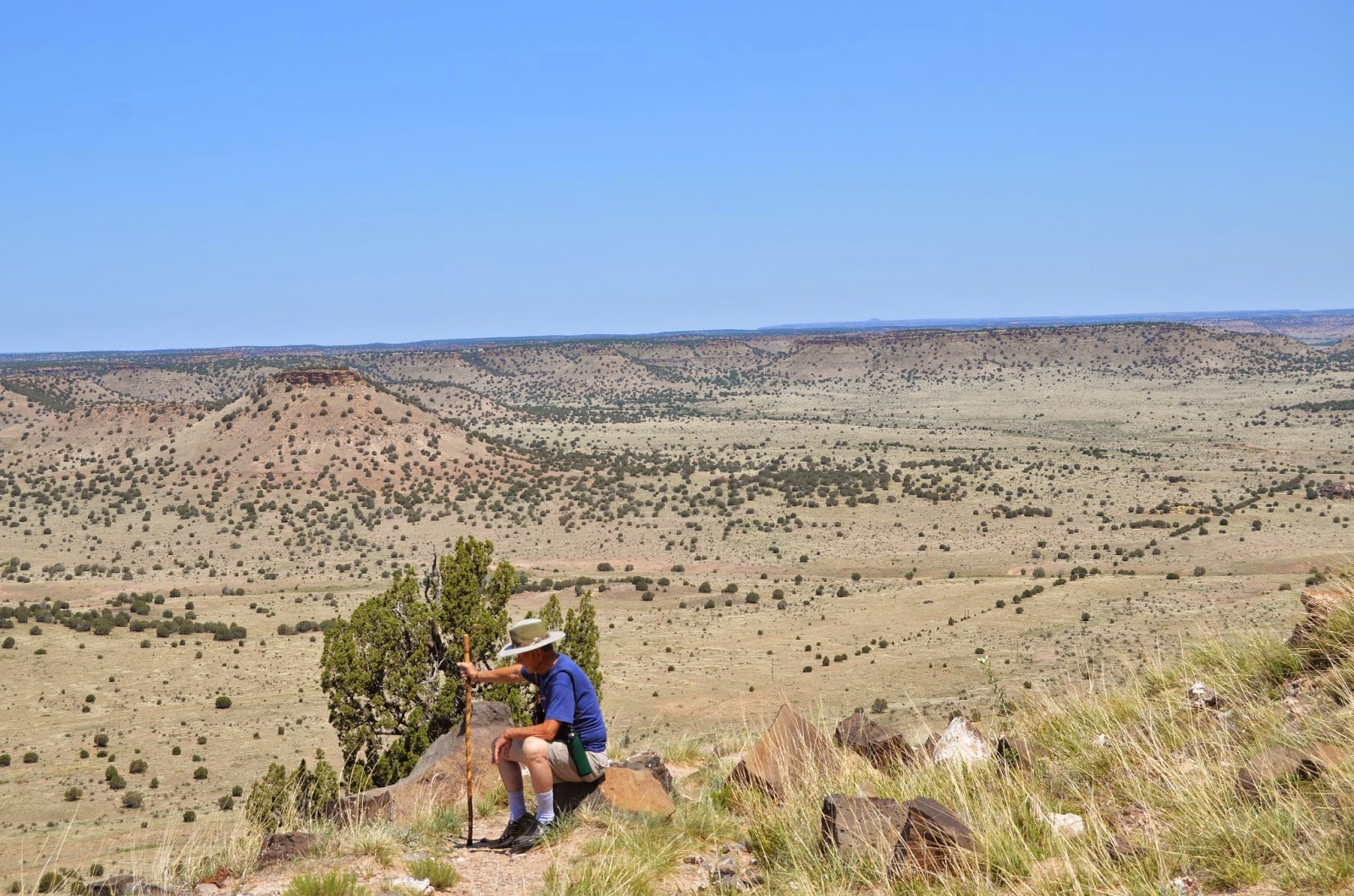 After refueling our bodies and still pumped up from making it to the top we started our trek back down, seemed we were still on schedule to make the 5 hour mark - after all it would be all downhill, right?!?  One thing had changed during this trek though; the temps had climbed to a warm 92 degrees and our water bottles were getting low.  With positive attitude we journeyed on and on and on realizing it wasn’t really all downhill, but more like a roller coaster – up and down.  Finally we topped a rise and could see the car; we jumped for joy and waved our arms like the car would see us and come to the rescue- LOL.  However realizing we had about another mile was tough, but we got our minds focus and just putting one step in front of the other…we was never so happy to get to the car and under air conditioning! 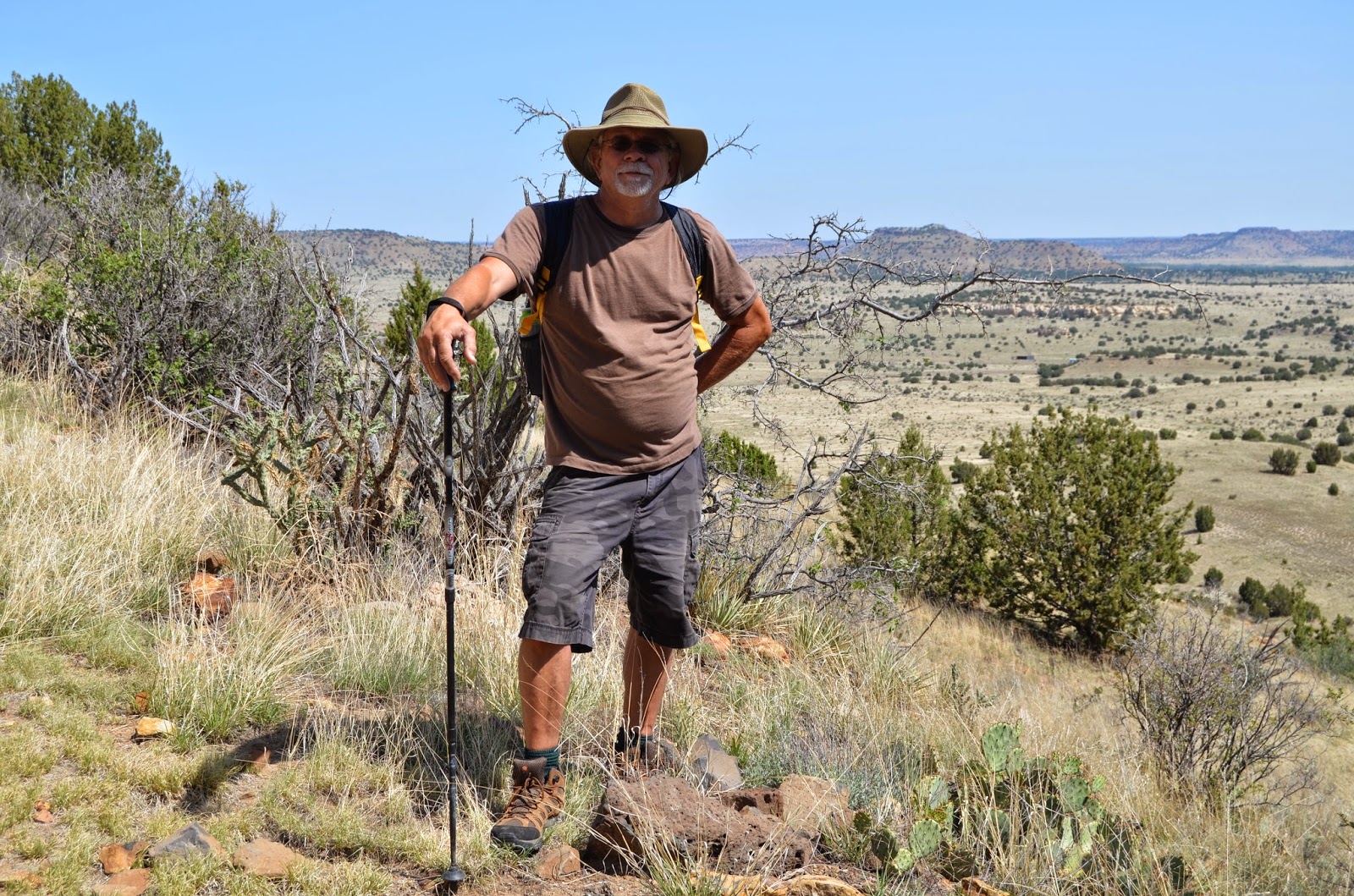 It will be an anniversary to remember… you see it’s actually Deb’s and I 6th year wedding anniversary.

Email ThisBlogThis!Share to TwitterShare to FacebookShare to Pinterest
Labels: Oklahoma