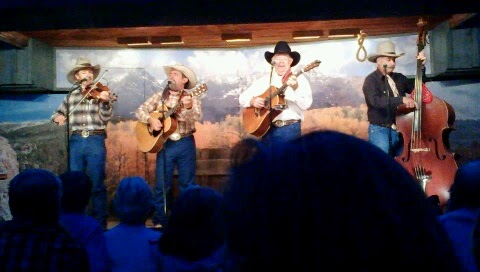 We had no clue what to expect, as we had never attended such an event.  However a couple we meet while camping at Junction Creek NF Campground highly recommended this show, so why not give it a try.   You will want to get there early; most shows will sale out which can hold around 700 people.  We arrived about an hour before ticket went on sale and was able to snag a good spot - center stage and three tables back.  Once you get your place at the table; enjoy the gift shops, take a train ride around the property, enjoy site seeing, play at the playground or just find a bench and enjoy the great outdoors.

The famous western stage show has been providing entertainment every night from Memorial Day – Labor Day since 1969. They actually put on two shows; one on even nights and one on odd nights.  We fully enjoyed the show; mostly 50s western with a twist of comedy.  As for the food; we could have passed on it, but it was mind bobbling how they can server 700 people in less than 15 minutes. 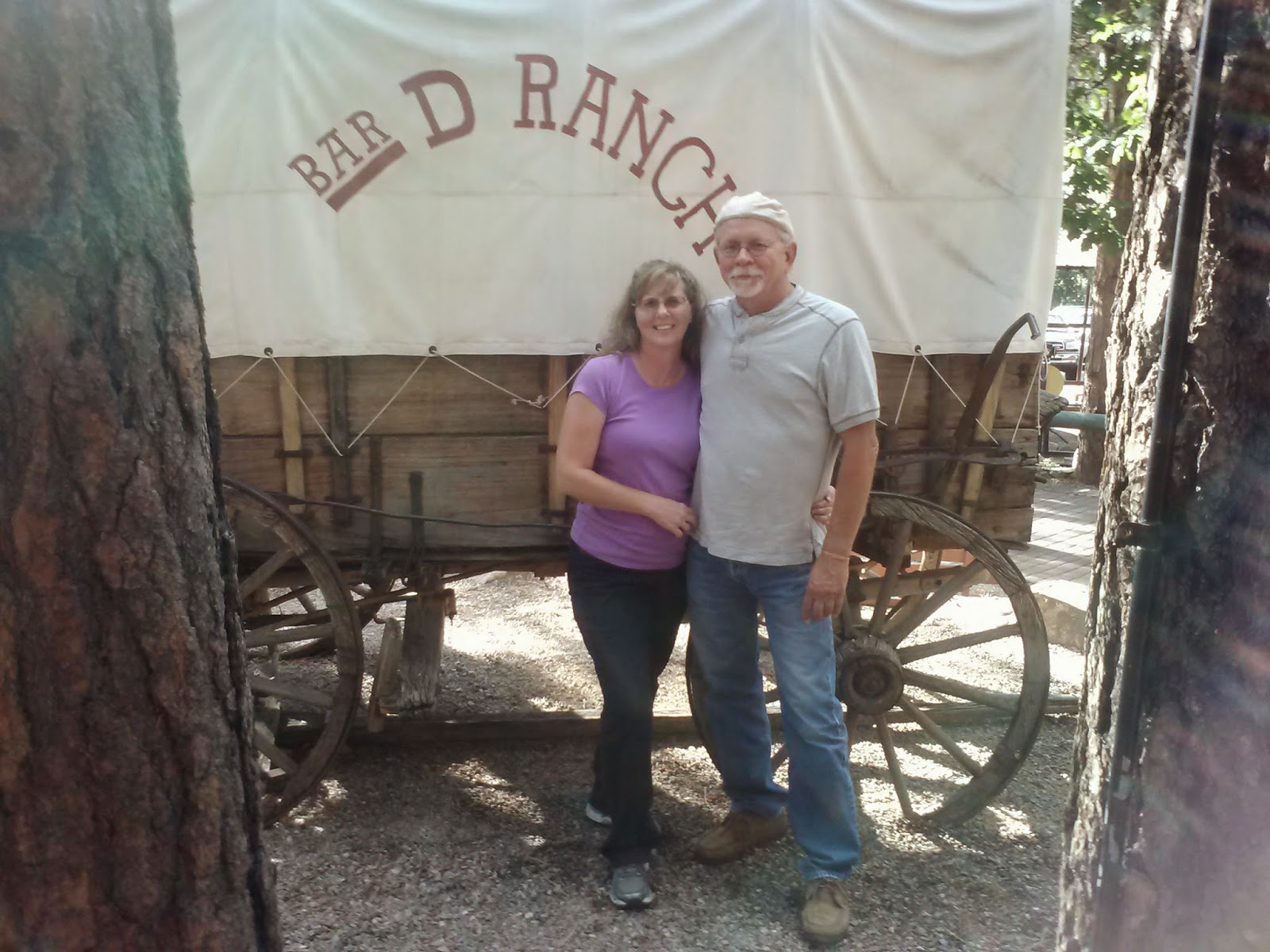 While waiting in line; one lady mention she had come every year except one since they have opened in 1969. WOW now that is impressive.  We found out after the fact that a couple we meet in Sturgis was at the same show...what a small world.

Perhaps you are interested in attending?  Hop on over to Bar D website for all the information.
~Deb
Posted by Jerry and Deb at 9:24 PM